The Oliz Store is now an official distributor of Segway motorcycle in Nepal.

The company has introduced two different models of electric dirt bikes in Nepal.

The company also reported that they would be selling it on an online platform.

According to Oliz Store, the e-bike will go on sale in mid-2021. 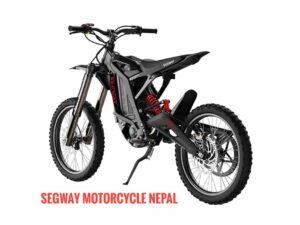 Both bikes use lithium-ion batteries.

The company has stated that both the bikes will be fully charged in 4 hours.

Both the bikes have multilingual hydraulic spring suspension on the rear.

Both of these wheels have disc brakes.