The new generation model of Kia’s most successful model, Sportage, has premiered in the international market.

For the first time in the Sportage’s 28 year life cycle, Kia has confirmed a Europe-specific variation (aside from a North American and ASEAN-spec) will come in September.

It will be distinguished by a bespoke chassis tune and lightly altered aesthetics. It will be constructed solely in Slovakia.

After the new Kia EV6, the Sportage is the second production model created under Kia’s new ‘Opposites United’ approach.

Continental Trading Company, the official distributor of Kia for Nepal, will bring the new generation of Sportage to Nepal.

FYI, Kia Sportage is still the most successful model in the segment.

Now before we dive into more details, here are 3 major highlights of 2022 Sportage:

The new generation Sportage looks very sharp and muscular in a beautiful design.

The Sportage now comes with a contrasting top. It is the first time that the Kia is coming up with a new contrasting roof on Sportage.

There’s a chrome beltline that is stated to produce “harmonious lines with the rear spoiler that further adds to the car’s racing pedigree.”

The Sportage and the new flagship electric car have a lot in common, such as the ‘boomerang’ headlamps, the concave boot lid, the bulging rear arches, and the conspicuous spoiler.

It was created in collaboration with Kia’s design centres in Korea, Germany, the United States, and China.

A new Sportage X-Line, with the rugged body style and a curved roof rack, is also on the way, although it hasn’t been announced for the UK or Europe.

What’s Inside The New Sportage?

The interior design of the car now looks much more attractive than before.

It has a curved design display with an infotainment system and a digital instrument cluster. In addition, it features a uniquely designed AC vent and a dashboard made of soft material.

The company claims that “the highest-quality materials” were utilized throughout the Mk5 Sportage to make it “a special space to spend time.”

The company has not revealed any of the Sportage’s available powertrains.

However, it is expected to follow the recently updated Hyundai Tucson in receiving a range of mild-hybrid, full-hybrid, and plug-in hybrid powertrains based on a 1.6-liter petrol engine.

“Production will start from October, New 2022 Sportage is probably launch in Nepal during the first quarter of 2022,” according to Continental Trading.

Price of 2022 New Sportage has not been decided yet.

Is Sportage a good car? 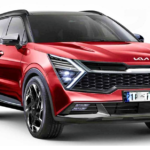 The Kia Sportage is a well-performing compact SUV. Sportage can highly meet your requirement from its design to performance if you’re intended to buy one of the best SUV you can find in this country.
Kia Sportage also comes equipped with a long number of safety features.
As you get inside the cabin, you’ll find plenty of room in both rows and a user-friendly infotainment system with smartphone integration via Android Auto and Apple CarPlay as standard.
You’ll not regret owning this machine.

What are the drawbacks of Sportage?

The most common issue with Sportage appears to be the engine getting idle or stalling when driving.
It can give you a bit of headache while driving while on the highways.
A defective EGI control relay or a failing fuel pump are frequently blamed for this issue.

Is the Kia Sportage a better vehicle than the Tucson?

Although both crossovers are terrific value for money, the Tucson is a little more reasonable than the Sportage, especially when both are in higher trim levels.
But everything has its pros and cons. 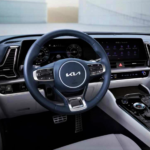 Kia has significantly improved its reliability over the last ten years and currently competes with Toyota and Honda.
Therefore, Yes, Kia engines are competent but most importantly, it’s how to ride your vehicle and take care of it.